The Ugly Reality of A High-Paid Social Media Influencer

If you told someone from 10 years ago that people can now earn seven-figure online, they would call you ‘crazy’.

But, with 4.7 Billion people currently using social media around the world, everyone has their eyes on this goldmine of the virtual world.

There are TikTok celebrities who posted short videos and made over a million dollars in revenue. Social media platforms like YouTube and Instagram are also mainstream sites influencers earn big money from.

Being a professional social media influencer becomes a real job for many young people. Nowadays, older generations would have to accept this answer whenever they asked their young kids about their dream jobs.

But it’s not as simple as it appears.

Dreams are the prettiest when they are just dreams.

Despite the growing number of influencers, there is still a big gap between many potential influencers’ expectations and the reality of earning a job through social media.

The problem is that very few influencers really make enough money to support themselves, making it incredibly unlikely for everyone who aspires to this dream job, for having a sustainable living wage.

If you have a huge amount of loyal fans/followers, you can make your own merchandise to sell. As for influencer marketing and sponsored posts, you probably won’t be earning a lot of money doing it because of the high competition and low barrier of entry.

Aside from having little job security and no company benefits, being a social media influencer for a living is extremely difficult on both ends (in the physical and virtual worlds).

“Which one is the real you?… Are you like that in the real world?” 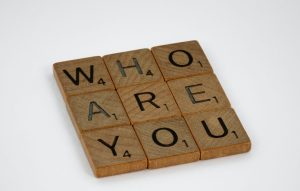 In today’s so-called “cancel culture,” an influencer’s professional opportunities can be taken away from them at any second if their reputation is destroyed, just like the celebrity artists and actresses who lose their popularity after being accused of wrongdoing. The public, especially the “keyboard warriors”, will not hesitate to threaten to boycott a damaged celebrity’s sponsors as the first line of defence.

When you are putting yourself out in the open, it is unavoidable that people will start to scrutinise and judge you anyway, even if they have not engaged with you in real life. Getting hundreds of hate comments every day is a constant struggle people who make a living online face.

To keep their work fresh, social media influencers need to consistently follow popular trends. They must continue to produce high-quality content with sponsored content in order to maintain the income from brand agreements that they have been generating.

What’s worse is that when engagement analytics are the sole quantitative indicator of success, it is easy for social media influencers to grow focused on them. Not only do these statistics help them be more likely to close a sponsored deal, but on the downside, they will also serve as a form of outside validation.

Often than not, online influencers will do anything to achieve high engagement and quick fame. In the process of it, they will tend to lose themselves to the vanity of becoming a famous online celebrity, by doing something out of line or performing dangerous acts that may risk their lives.

People who use social media leisurely are already facing the negative consequences of it, let alone the influencers who actually earn a living from there.

So, a dream job is not exactly that dreamy when you look deep into it.

In every single person’s journey, there’s a story hidden behind it, even if how perfect it seems from the outside.

A feed from one’s social media site is not enough to encompass one’s every aspect of life. The glory in front of the camera does not showcase the sweat and tears behind the camera.

Every success does not come easy at all. Everyone who works hard for their dreams is one who is willing to put out their grit, determination and perseverance to reach their desired destination.

This is why we believe that every young talent has a story that can inspire, innovate and influence people in their community.

Let us know about your story here so people can hear, understand, and respect your real journey.