Chef Wan, Mahathir’s daughter and 3 other high-profile juries want to hear your stories!

To join a rare opportunity for an exclusive limited-time jury sharing session with 5 of them, more details are at the end of this article.

With 8 days left (if you read this on the day this article was posted) to submit your application for being one of the Top 10 Young Talents, it’s time for us to reveal the high-profile juries and give you a sneak peek into some of their significant transformational stories.

We have officially invited 5 influential individuals to help our awards to identify the Top 10 Young Talents whose work, story, or talent(s) influence, innovate and inspire the people and their community.

Just like anyone, these five respected juries have met struggles, faced doubts and criticisms, but, by having an undying determination and hard work, they are able to live out of the expectation of society, peers and family members, and truly transform into their own person.

(Admin is going to admit to you – you can easily search all of the juries’ stories mentioned below on Google, but we are going to organise a limited-seat virtual jury session with all of the juries and YOU will have the rare opportunity to shoot them your burning questions or just listen in to their experiences and transformational life. We will show more details at the end of this article.)

Now, let’s find out who the juries are: 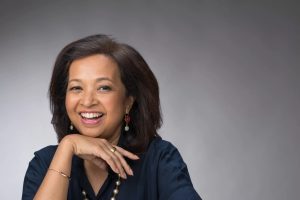 As the eldest child and daughter of Tun Mahathir Mohamad, she is also widely known as a writer and a fearless advocate for women’s rights and HIV/AIDS. She has been involved in many non-governmental organisations such as the Malaysian AIDS Council.

In one of her interviews, she mentioned how “being a Jack – or Jill – of all trades” is ineffective and we need to be selective about the things that we work on.

“I only take on things I feel I can actually do something about… If I don’t feel I can contribute, I say no.”

She also proudly said that her 12 years of working in HIV were a major source of forming her worldview and influenced her to become the person she is today.

“That was when I learnt about the link between health and human rights, that your health is affected by whether or not you were able to enjoy your full human rights. I saw how people who are marginalised by society were more prone to disease, how stigma is an enabler of disease, and how a disease can, in turn, stigmatise even the most upright of citizens.” 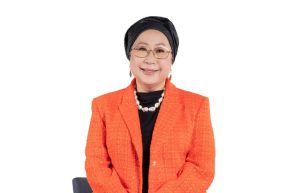 Other than being a physician and a medical professional with more than two decades of experience managing crises in health, disasters and conflict settings, she has also served as Pro-Chancellor of the Heriot-Watt University Malaysia (HWUM) since September 2021. Also, She is a member of the Government of Malaysia’s Economic Action Council and is actively engaged in the COVID-19 response.

But, something that made her truly inspiring, influential and heroic, must be the time when she actually conducted a surgery even though she had been shot.

She was caught in the middle of a crossfire while delivering medical supplies to a children’s hospital in Iraq with her team in 2003. After being shot in the hip and losing some of her teammates, she was needed urgently to perform a C-section on an anaemic woman and successfully deliver a baby boy.

Even though everyone was calling her a hero, she pointed out that it was people like this woman, who hurriedly packed up and ran back home to be with her children, carrying the pain after surgery, and humanitarians who lost their lives saving other people’s lives, that are the true heroes.

As a television host, actor, and entrepreneur, he’s a well-known television chef in Malaysia and throughout the region, recognised for his dedication to promoting Malaysian and Asian cuisine to the world. He has appeared on television hosts such as Asian Food Channel, TV9, and NTV7.

When asked about his career journey in an interview, he expressed the fact that he was not born to be a chef initially. The idea of Chef Wan being an accountant must shock many people who only know him as the famous Malaysian celebrity chef.

“I took on Accountancy during my higher education days. Believe it or not, I am a trained accountant by profession and spent 7 years in the banking industry”

It was until after he pursued a degree in culinary and his flamboyant character, that he became the food ambassador for Malaysia. He further mentioned that the way he stood out from others was because of his “whole package” of being entertaining, creative and authentic.

“I want to be remembered as the person who is not afraid to be himself!” 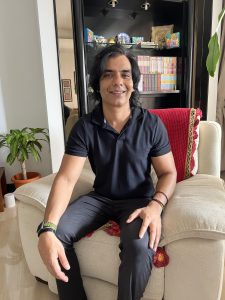 Working with key media partners in Pakistan and Malaysia to help advise, devise and implement strategies for Facebook and Instagram, he was described as methodical, structured and knowledgeable of the industry.

Having a combination of 20+ years of experience in entrepreneurial and managerial, he had been in the United States and London as an outstanding business professional.

He is an excellent strategic thinker, communicator and business driver, which has the ability to hit the nail on the head and his goal-oriented problem-solving was decisive for the success of the endeavour.

From being a sales director to a cofounder, from a strategic partner manager to the head of partnership of Meta Malaysia and Pakistan, he has shown his resilience and adaptable skills – proof of an asset to an organisation. 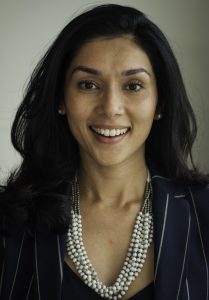 Passionate about developing talent to bring our their maximum potential, the then-lawyer has experience leading teams in both Malaysian and multinational companies as a country, regional and global HR leader. In Maxis, she is growing young talent to be future leaders as well as creating an inclusive environment in a diverse workplace.

She also enjoys driving transformation in people practices for the benefit of the people and company.

Believing with the right mindset, continuous learning and being brave to make mistakes, young talents are able to shine bright like a star and be the person they are proud of themselves.

“As important as technical skills and knowledge are, we must always remember that we are only human.“

There you have it, our shining high-profile juries for this year’s MonStar Awards.

As Natalia said, we are all human, and we all have our own unique stories that show us who we are.

Always remember that you are not alone and your story matters!

Tell us your story right now – before the door is closed on 30th September 2022 – to stand a chance to win the Top 10 Young Talent Awards, Most Inspiring Awards and Xperience Award.

We will also have a special virtual sharing session with these 5 abovementioned juries (it has to do with a ‘battle’ between expectation and reality) as well as a physical finale show to celebrate this transformational year.

If you are interested in any of them, follow us here on Instagram to see all the MA2022 details, new opportunities, inspiring stories or just some cute Monsta stickers you’ll fall in love with.

If you want direct, quick updates about our latest news and opportunities, join our WhatsApp group. Any question? Just ask the admin in the group privately.